Paul Gauthier
I am very much into all things Spooky, Creepy, and Cool and would like to share that with YOU!


Yes it is that time of year again. Summer is fading out. The heat is dying down. The days are shortening. There is a crisp coolness creeping in. Yes folks, our favorite holiday is just around the corner. What better way to head into the holiday season than with this SpookyCreepyCool interview with everybody's favorite Halloween mad man Unkle Eric Pigors.

I came across Eric Pigors' art years ago in a publication called 1313 magazine, I was instantly drawn into his wild and crazy world of art. Eric is the creator of ToxicToons. His artwork brings to mind vintage Halloween decor, Classic Universal Monsters, Mad magazine, EC Comics, and the artwork of Ed "Big Daddy" Roth to name a few things.

I was most fortunate to have the opportunity to ask Pigors a few questions to share with all of you beasties. If this doesn't get you in the Halloween spirit I don't know what will. So with no further delay, please enjoy this SpookyCreepyCool interview with... 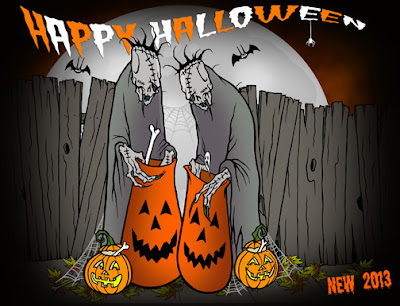 So how the hell have you been?

Pretty good this year. Since I have been unemployed, it has given me more opportunity to create more of my own personal work. When I am doing a studio job, like last year when I was working on the LOONEY TUNES show, I didn’t have a lot of extra time to think up stuff, or even draw it. So in some ways I like it better. But a steady paycheck and health insurance I do like too. I especially feel I have done some stuff I am very proud of in 2013, art wise. Lots of new shirts, 2 a month most months, a new book of fans ?’s , and lots of Halloween merch. 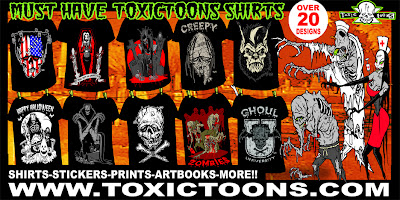 I've been nothing short of amazed at how consistently cool and frequent your work has been. What has been motivating you lately?


I get in weird drawing moments where I feel a little lost in what to create, then out of nowhere something comes out of me that I'm like "WOW, OK now I know what too do!" and that then starts giving me even more ideas. I do like the Holiday themed shirts I did in 2013 a lot, and the summer FIEND INJECTED Shirts too! But the Halloween stuff is when I really get my creepy art out of me! I actually produced a lot of my 2013 Halloween merch ideas a year ago. I already had an idea I wanted a lot of witch themed art. Then last month I just started doodling on scrap paper one night, and I have been turning those doodles into stuff I am now selling! When ever I draw something I am always thinking what purpose it can be used for, a shirt? a print? a sticker? Ouija board? or just the fun of creating something new is a kick! 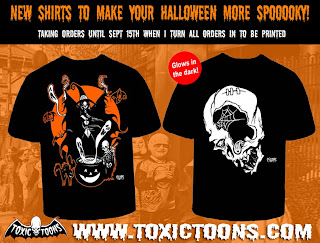 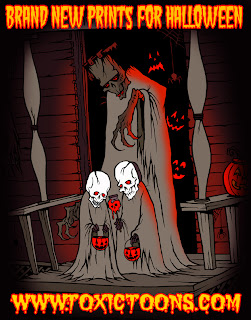 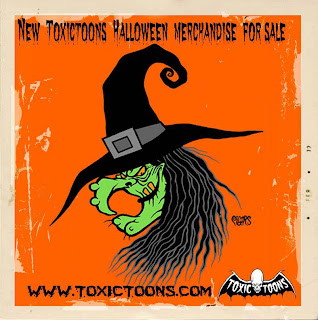 What have you been cramming into your head goo lately? Seen any cool movies, listening to any cool music, checking out any cool art these days?

I did see the CONJURING which I liked a lot. I like to pretty much watch old stuff over and over on DVD or YouTube, or listen to Halloween record mixes. I do buy cds like a mad man, and I have been buying a lot of old 70s cds. Like I bought all the cds of Nazareth and Blue Oyster Cult lately. I am sick of the hits, and want to hear the whole albums these days. Nazareth's “HAIR OF THE DOG” album cover was one I stared at a lot back when I got it on the 70s. Great cover painting! It’s my favorite era of music, all the old classic rock bands, Queen, Cheap Trick, Deep Purple, UFO, RAINBOW, RUSH AEROSMITH, KISS, ZEPPELIN....ETC But I also love 80s stuff like Hanoi Rocks, Lords of the New Church, The Damned, Zodiac Mindwarp. But old Halloween stuff is my fave! 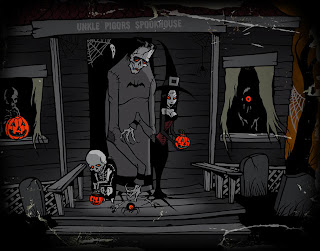 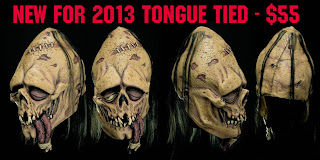 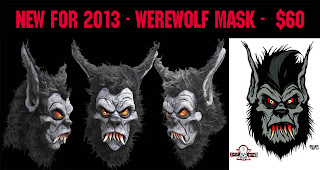 I finally had the chance to meet you at ScareLA a little while back. It was quite an honor by the way. What kind of events can we expect to see you at in the near future? Is there anything you are looking particularly forward to?

Thanks. Nice getting to meet you also, you have helped me a lot passing out my postcards at shows back east. I am doing SON OF MONSTERPALOZA in October and I think that’s it for 2013? I'm dreading 2014 a lil. Just because it gets hard thinking up so much new stuff all the time to try to pay them nasty bills each month. I do like the creative part, but pretty exhausting too! 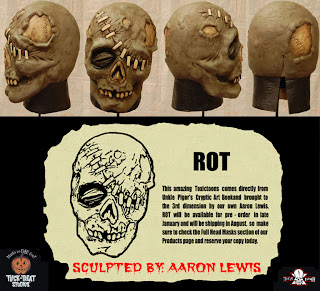 
Well my 2013 TRICK OR TREAT BAGS are already almost sold out in less then a week, which is good, but I hope everyone who really wants one gets one. It’s the one thing I really love making all year. I also have my Limited edition Halloween Ouija Boards, new Halloween CARD PACK I really like because I tried to make them feel vintage Halloween. I have a few new shirts and will be selling some HAPPY HALLOWEEN BANNERS you can hang in OCTOBER. My mom is helping me out by sewing them right now. There wont be many though. I like to keep stuff limited, like my shirts I do each month. I print one time and on to a new design. I did 150 shirts now since I started 10 years ago. I’m pretty amazed when I counted them in my SHIRTS BOOK I made that came with that 150th shirt. I have more SECRET SOCIETY OF FIENDS stuff for NOV, my 2014 wall calendar in Nov, and maybe an XMAS STOCKING again this Xmas? 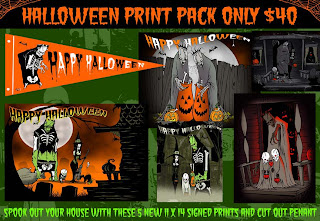 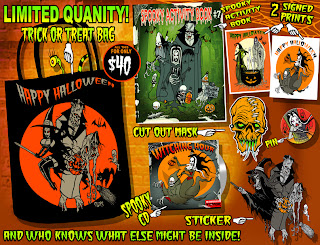 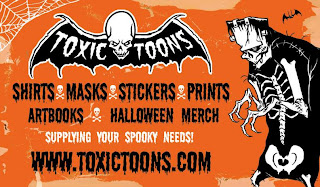 Any SpookyCreepyCool plans for Halloween?

This time of year always goes by too fast! I am already feeling it slip away,  and it's only the beginning of Sept. I’m sure we will do some fun  stuff, Knotts, maybe Universal this year, not sure about haunts back east yet? And maybe even spook out my Mom's garage again. 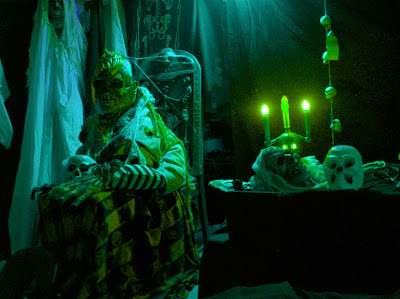 What can trick or treaters expect in their bags this Halloween when visiting Uncle Pigors' pad?


Well if you are decked out super creepy you may get a whole TRICK OR TREAT BAG of goodies, if you aren’t dressed, rude, and don’t even say TRICK OR TREAT you are getting a dog bone. It's now a tradition I hope to pass on to other folks. This way maybe those kids will get the picture and try a lil harder at Halloween! 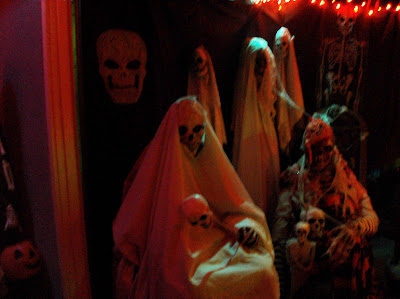 Anything else you want to leave us with?


The creepy visions of my TOXICTOONS for now.And see you in the cemetery! hehehehehe 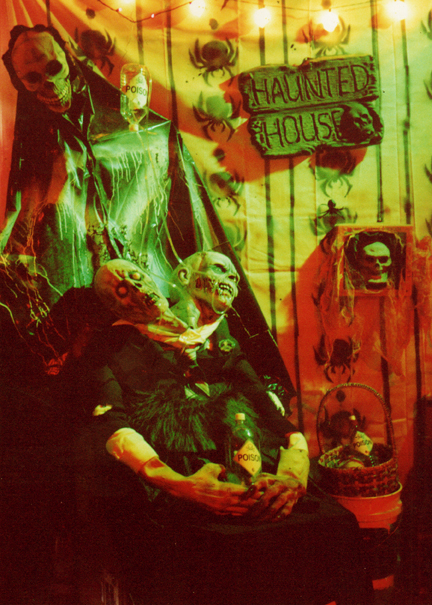 Posted by Paul Gauthier at 7:41 PM

Here are a few of my favorite things